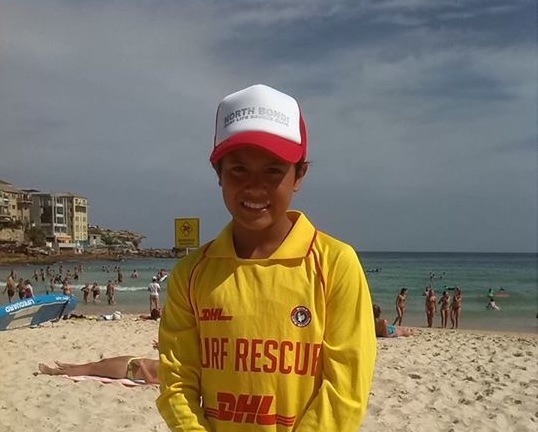 We are all volunteers, and each and every one of us sacrifices time and energy towards keeping the beach going public safe. However, every once in a while we come across a remarkable individual who deserves to be called out. In this case the club would like to recognise Connor McManus from Patrol 8 for his tremendous work this season.

Connor joined the North Bondi Surf Life Saving Club as a Nipper when he was 5 years old. Having come up through NBSLSC Nippers, Connor completed his Surf Rescue Certificate in December 2016.

During the SRC course, Connor’s trainers noted that he was an enthusiastic and diligent student with a natural aptitude to both the theory and practical components of the course. Connor showed continual improvement and executed tasks with a big smile on his face.

Connor was well respected amongst his peers and always willing to assist them.

On Patrol, Connor has shown a level of dedication and seriousness beyond his years. Not satisfied to merely be present on the beach, Connor has actively participated in preventative measures to keep the public safe this season. He is always present, always watching the water and always happy to take on any task the Patrol requires.

On the 26th Feb 2017, Connor was on patrol when surf conditions began to deteriorate.

Soon after, a swimmer in distress had to be rescued and Connor took it upon himself to get out into the rip on a rescue board as a preventative measure, immediately upon the safe return of the distressed swimmer.

As a result of this preventative measure, Connor was able to quickly spot and rescue a second swimmer who had gotten caught in the same rip. Following this rescue, Connor once again took up his position on the board, in the rip adjacent to the flagged swimming area.

At this point a large set of waves pulled 9 swimmers into the rip, prompting a mass rescue. By virtue of Connor’s early placement in the area, he was able to hold up swimmers until help arrived and thus perform an additional rescue.

It must be noted that both rescues were performed independently by Connor on large adults.

Connor’s unusual level of dedication, and the seriousness with which he approaches Surf Life Saving is a credit to his maturity as a Surf Life Saver and shows that everyone, at every level, can use the skills gained through Surf Life Saving to save a life!

Due to his superb contributions to both the club and the Surf Life Saving movement as a whole, the club has decided to nominate Conor McManus as Under 15 Lifesaver of the Year at Sydney Branch.

Good on ya’ Connor mate – we’re proud to have you as a member of our club!